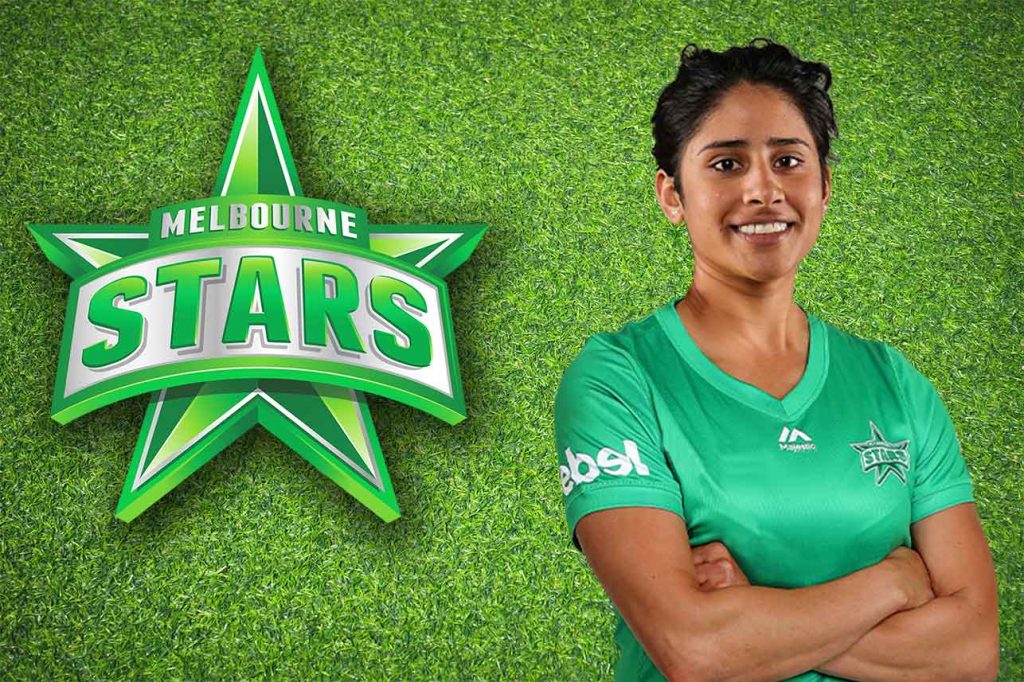 The Stars, who only recently announced their new signing of England International duo Katherine Brunt and Nat Sciver, have filled their squad for the season by signing our very own, Bhavi Devchand.

Meg Lanning has been named as the Melbourne Stars captain for the WBBL following her move back after her time with the Perth Scorchers.

Lanning, who is also the Australia National captain, previously captained the side in the first two seasons of the WBBL before heading across to the Scorchers.

"Bhavi Devchand has already had WBBL experience in Perth and gives us greater depth which will be important with the workload ahead."

"I'm looking forward to leading the Melbourne Stars again and building on the great work Elyse Villani has done," Lanning said. "It's a privilege to be captain and we're pretty happy with how our squad looks ahead of the tournament. More than anything, I'm really looking forward to getting back to playing cricket, firstly with Australia and then with Stars in WBBL."

"I think we're in a pretty good place. In recent seasons we've been able to make some competitive totals with the bat but have struggled to take key wickets and really break a game open," head coach Trent Woodhill said.

"We've made some changes for this season which I hope will start to make that difference at key points in matches. I'm delighted Meg has agreed to return to the captaincy, and I'd like thank Elyse for her leadership over the last 12 months - she has done a fantastic job."

Here's all the IN's & OUT's and where your team finished last season: