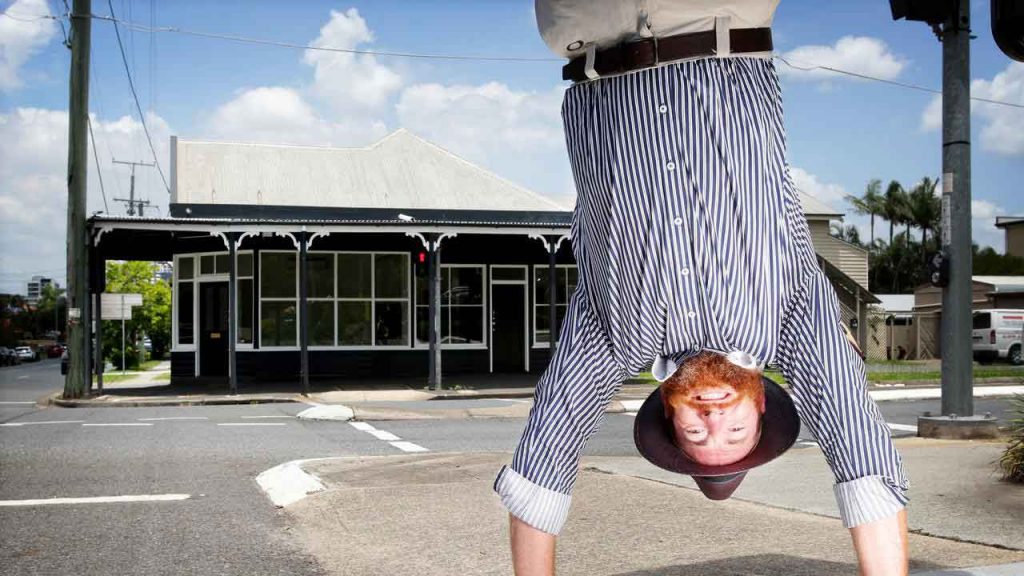 Jason Akermanis has achieved things in AFL that others could only dream of. His long list of accolades include:

Jason Akermanis was more than just a great footballer.

He was an entertainer.

From his freakish skills on the field to his charismatic after game celebrations, we managed to get some time with the great man to talk about his footy life before, during and after.

Our interview with Jason Akermanis

Thanks for sitting down with me for a coffee and a chat!  You’ve had a colourful and very successful footy career, and I guess being part of the Brisbane Premierships of 2001, 2002 & 2003 and winning the Brownlow in 2001 would be some of your unforgettable moments. What other highlights stick in your mind as your most memorable?

“Many highlights in those premierships., but no doubt for me the game against Geelong in the wet in 2005 was supreme. 35 touches 9 tackles and 5 goals including those two from the boundary in the 3rd quarter. Just the best game you could want to play.”

The ‘victory handstands’ became infamous after a Brisbane win…how did that start?

“The handstand started as a cartwheel the week after I saw Ronnie Burn from Geelong do it in 1999. The following week I was so fatigue I ended up doing a handstand. I played on Ronnie that day and we were going back and forth all day in friendly verbal judo and Ronnie and I were mates after playing the Allies game vs Victoria a few years prior.”

We’re all wise in hindsight, is there anything you have done or said in your career that you wish you could take back?

“I am sure I could do a few things better but life is never like that. I had to learn from each one of those bigger media blow ups but I had no one else to blame for them. So I am comfortable with the craziness and laugh at them whenever someone says that they had a problem with such and such. I just remind them that it their problem, not really mine”

There has been plenty written about your out-spoken manner on and off the footy field, but we don’t know much about you outside of footy. What makes Aker tick?

“I’ve been a pretty complex character in the past but in reality I am simply a man who works hard and loves his family. I like to compete and win and try to be sincere and authentic. I can be passive then aggressive, but I am getting better with tolerating shitheads, but people who waste my time are the worst.

These days I love hanging out with my family and close friends having a frothy or 4 and going to the beach. Something about water. I play golf still but don’t have the time I did before. I also play two comp games of basketball a week and have a kick of the footy with my cousin, daughter and nephew.”

I believe you grew up in Mildura, did you follow a footy team as a kid?

“I was born in Mildura yes and we all went for Richmond due to players from my club South Mildura, playing for Richmond in the Weightman’s. Flea was huge back then. But I grew up in Brisbane from age 8 and I started to love Hawthorn with Dermie running around. I loved that he drove a Ferrari such is my passion for cars with uncles and Grandfather being Na Mechanics. Once I started to train with the Bears in 1993, that was it, I was a Brisbane man, unless I was playing for another team, like when I played for the Western Bulldogs for 4 years.”

Who has been your biggest idol or influence in your life?

“Michael Jordan was my idol and my mum was very influential until she passed away in 1997. From there I would say Dr Phil Jauncey was my mentor as well as my wife who has a huge supporting influence on me since 1999.”

Is it true that you are fluent in Auslan sign language?

“I am fluent in Auslan due my wife’s parents being deaf and learning it from them and Megan. I leant Spanish when I was 25-28 and I still talk regularly in Spanish with local people here in Brisbane when I can to keep my skills up. We have visited Japan 6 times so my Japanese isn’t too bad to order things when I am there.”

Now that you having a growing family of daughters, are any of them showing promise with the footy?

“My eldest daughter is very much like me and plays Australian Rules at school. She has some work to do but she could make it if she wants to pursue it. My 3 year-old is very much in the same mould. She loves to compete. The middle one Sienna is a good golfer and really doesn’t have the body type for Australian Rules.”

You’ve told us you love golf, what other sports do you have a passion for playing or watching?

“Golf was great, I was going to Qualifying school to try to turn pro, but I don’t have a lot of time to do that at the moment.  I love watching Australian Rules, USPGA, F1 and definitely Moto GP. “

Which three people would you choose to invite to a dinner party?

“Well Michael Jordan would have to be one of them. Valentino Rossi would be another. The third one well that is a tough one. Probably either Dan Ricciardo or Casey Stoner. I am mates with both of them and they are really good company. But some of my mate up here in Brisbane are just as good if not better to have a meal and beer with.”

I believe you have added a new string to your bow, getting into Real Estate, tell us a bit about that journey and how you came to be on it?

“Real Estate and Auctioneering was something I have thought about for years. Having started at Ray White was great, I’m now out running Akermanis Property which does everything in real estate. It’s a step up but I have run 6 companies since I ran my first company mowing lawns at 14. I still help run an Augmented Reality product Zukaz and the first certified crypto currency Zucoins using Splitchain instead of Blockchain, which keeps my very busy.”

And lastly, what would you like your legacy to be?

“Legacy is not worth worrying about. Everyone will have a different opinion, but Mike Sheahan said it best. He said that I was the best kick to ever play the game. I tend to agree🤣”

Thanks for your time Aker, good luck with your new venture, I am sure if you throw yourself into Real Estate like you did into your footy career, you will kick some goals!

Jason Akermanis realises there are many parallels between the sports world and the business world draws upon these similarities during his speaking performances through better teamwork, communication and leadership, and how important it is to stand up for what they believe in.