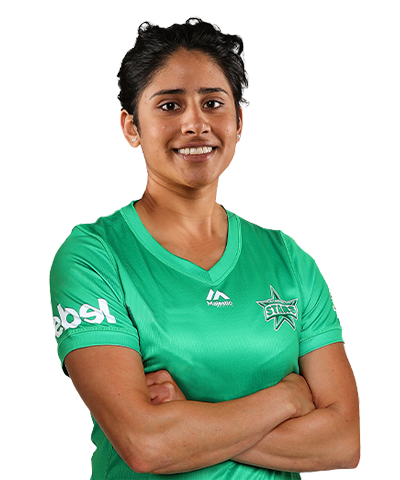 Bhavi Devchand is a batting all-rounder who has come through the WA State system at under-17 and under-18 levels.

The Subiaco-Floreat talent, who originally hailed from Whitfords, made her Fury debut during the 2011-12 season, shortly after taking six wickets in a game at first grade level against South Perth.

Bhavi, who has a Zimbabwean background, impressed at the 2010-11 under-18 National Championships for WA, where she was the team's top scorer and also took six wickets.