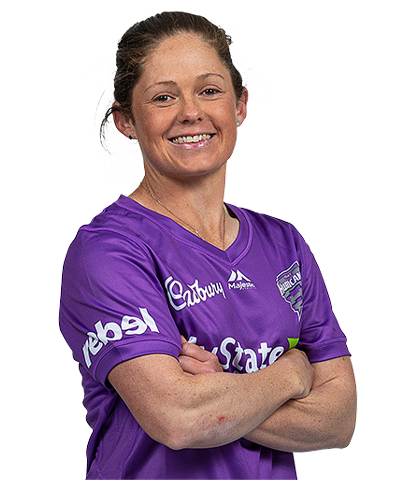 Corinne Hall (born 12 October 1987) is an Australian cricketer who plays as an all-rounder for Tasmanian Roar and Hobart Hurricanes. She has also played for English county sides Berkshire and Devon, and the New Zealand team Canterbury Magicians.

Originally from Newcastle in the Hunter region of New South Wales, Corinne was inspired as a young cricketer by Mark Waugh and Hunter area players Belinda Clark, Leah Poulton and Sarah Andrews.

At the end of the 2004–05 season, she won the Cricket NSW female Rising Star award.

In 2009, Corinne was recruited by Cricket Tasmania to play for Tasmanian Roar, as that team began its first season in the Women's National Cricket League. She continued to live in Sydney and train with a Sydney-based coach but travelled to Tasmania for training camps, pre-season tours and matches.

Hall was selected as a Hobart Hurricane for its inaugural WBBL|01 competition (2015–16).

The Hobart Hurricanes player worked closely with journalist Michael Randall, who co-authored the book, to bring the idea for Victress to life. 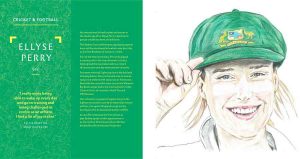 As a self-taught artist, Hall has illustrated each of the sportswomen featured in the book.

“I’ve always used drawing as a bit of an outlet, or a bit of an escape, from the pressures of the game,”

With the encouragement of her friend Lisa Sthalekar, Hall set herself a challenge to illustrate 100 female athletes who inspired her, which got her thinking about ways she could celebrate women in sport.

The book is a symbol of Corinne Hall’s gratitude for the sportswomen who have inspired her and paved the path before her.

“It was my way of saying thank you. It was my way of just being appreciative of the position I was in and showing that there were people before me that didn’t have the luxury that I have today,”

But the book is not simply a passion project, it’s a way of giving back. Proceeds from the sales of Victress will be donated to grassroots women’s cricket projects and a charity called Kindness Factory.

Hall said she has a goal to raise $100,000 to reinvest into grassroots women’s cricket and $50,000 to contribute to Kindness Factory.

“I’m very close with the Kindness Factory. The founder of that charity is one of my best friends, and I’ve always wanted a way to try and incorporate what she’s doing and to help the organisation get to where they want to be. That was a huge driving force for me to have the courage and be brave to share the drawings as the proceeds of this project will go towards something really good,”

“That, combined with giving back to cricket – a sport that has given me so much – those two things were a huge driver for doing the book.”

Corinne said Victress was also a great way to drive equality in sport.

“I think we’ve got some really good advocates in the female space for sport. But I think men have a really strong part to play in this too.

“We’re starting to head in the right direction (with equality) but we’ve still got a long way to go.”