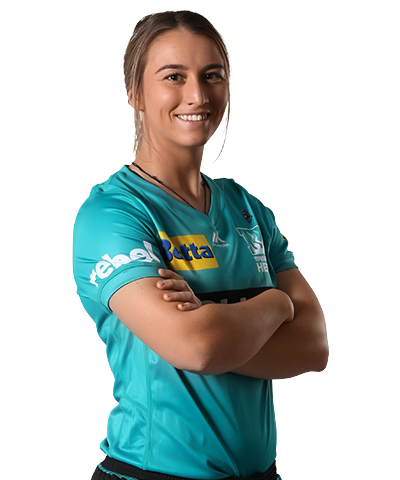 Mikayla Hinkley (born 1 May 1998) is an Australian cricketer who plays as a batter for Queensland Fire and the Brisbane Heat. She has previously played two seasons for the Sydney Thunder, and one season playing for both Perth Scorchers and Hobart Hurricanes. She is the first WBBL player to play for 4 different clubs since the league's inception in 2015. Hinkley made her debut for the Breakers in November 2016.

Hinkley has indigenous heritage and identifies as a member of the Kunja people. In November 2018, she was selected as part of the first female Indigenous Sydney Thunder team. In the same month, she was named in the Women's Global Development Squad, to play fixtures against Women's Big Bash League (WBBL) clubs.