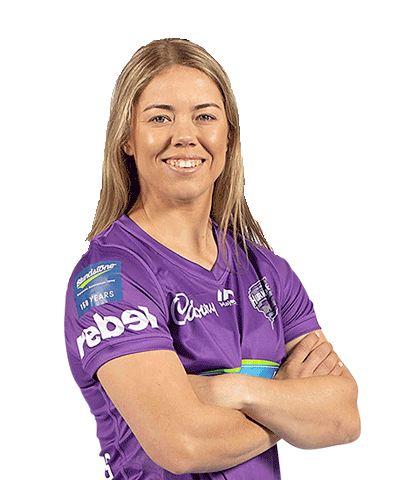 Naomi Stalenberg (born 18 April 1994) is an Australian cricketer. She first played cricket as an eight-year-old and made her debut for the New South Wales Breakers in 2013 at the age of 19.

Naomi, a member of the Lendlease Breakers WNCL squad, made her debut against Tasmania in the 2013-14 season.

The allrounder has since become a regular in the Breakers team in the past two seasons and was part of the team that won both the WNCL and WT20 titles in the 2014-15 season.

Having been a Thunder fan before the WBBL was established, Naomi was pleased to join the club for WBBL01, and her performances in the team's title win saw her selected to make her T20 debut for Australia.