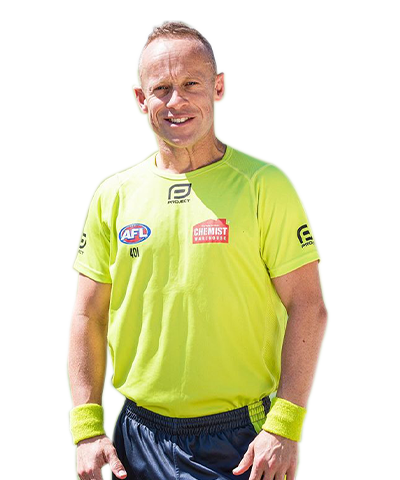 Ray grew up in the ACT and umpired his first Australian rules game as a teenager. He was offered an umpiring contract by the VFL in 2000 and promptly moved to Victoria where he umpired in the VFL for four years before being offered an AFL umpiring contract.

He was selected to officiate in his first grand final on 25 September 2010, the drawn Grand Final between Collingwood and St Kilda.

He formerly taught physical education at Victorian Public High School, Mordialloc College, where he was also a year-level co-ordinator.