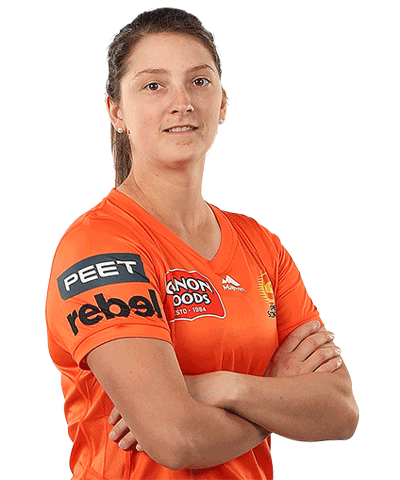 Taneale is an Australian cricketer, who plays as a right-arm medium-pace bowler and right-handed batter for Western Australia in the Women's National Cricket League (WNCL) and the Perth Scorchers in the Women's Big Bash League (WBBL).

Taneale is a talented bowling all-rounder who made her debut for the Alcohol.Think Again Western Fury in the 2015-16 season.

The 23-year-old has also represented Australia in the World Women’s Indoor Cricket Championships in South Africa in 2011 and garnered plenty of experience in the under-17 and under-18 competitions.

It was in the latter competition in 2012 that Peschel began to emerge as one of the state's most promising emerging bowlers. Peschel started the Ballarat tournament with 23 runs and a wicket against Queensland, before claiming another wicket against South Australia.

The ACT felt the force of the Fury star, as Peschel decimated them in a T20 match-up, belting 31, picking up 2-21 and producing a run out in a beaten side. Her incredible form continued with a brutal spell of 5-17 to help roll Tasmania for just 51.

She finished the campaign with 3-25 from 10 overs against South Australia to confirm her status as one of the best bowlers coming through the ranks.