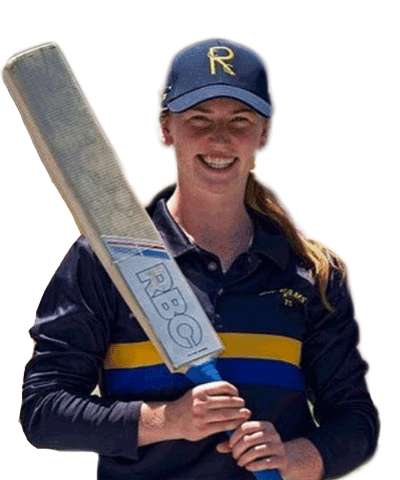 A right-handed, top-order batter, Una Raymond-Hoey has played the last three seasons in Melbourne with Ringwood Cricket Club. She was named in Cricket Victoria’s Premier First XI team of the year for the 2019/20 season and was part of Cricket Victoria’s Emerging Squad for 2021/22. Prior to moving to Australia, she debuted for Ireland as a 19-year-old, opening the batting against South Africa and New Zealand.

She also graduated with a Bachelor of Sport Science and Health with First Class Honours and is a previous Sports Scholarship Athlete at Dublin City University and an ITEC qualified Personal Trainer and Gym Instructor.

Raymond-Hoey has played in two Women's One Day International cricket matches, both against South Africa during their August 2016 tour. An opening batter, she scored 25 on her debut at the Malahide Cricket Club Ground.

In August 2019, she was named in Ireland's squad for the 2019 ICC Women's World Twenty20 Qualifier tournament in Scotland.