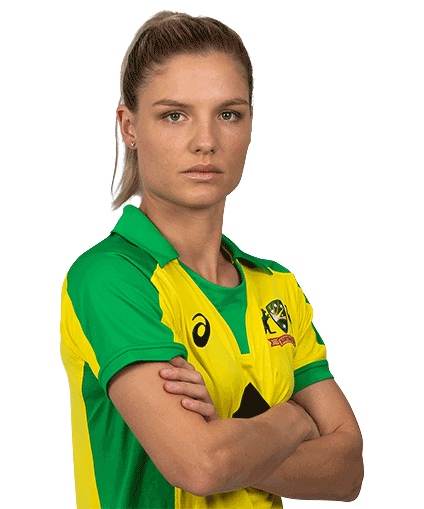 Nicola Carey (born 10 September 1993 in Sydney, New South Wales) is an Australian cricketer. Nicola played for the Women's Big Bash League team Sydney Thunder but signed with the Hobart Hurricanes for the 2019 season.

Nicola made her debut for the Lendlease Breakers shortly before her 18th birthday when NSW played South Australia in 2010-11 without their contingent of Australian players. Showing maturity above her years, she scored a match-winning 36 not out in her first WNCL appearance that held her place in the team for the next few matches.

She only played a handful of games in 2011-12 but some encouraging performances at the Australian Youth level saw her invited to attend the Australia A Women's training camp in Colombo ahead of the 2012 World T20.

In 2013-14, Carey played her first full season of WNCL and WT20, while her performances during 2014-15 saw her called into the Australia A Women's team which played England Academy in Dubai.

Nicola Carey was also a part of the Sydney Thunder squad that won the inaugural season of the Women's Big Bash and was called into the Australian squad for the ICC T20 2016 Cricket World Cup as an injury replacement player.

In 2018, Nicola was an integral part of the Australian Women's cricket team, which went all the way to win their fourth ICC World T20 championship.